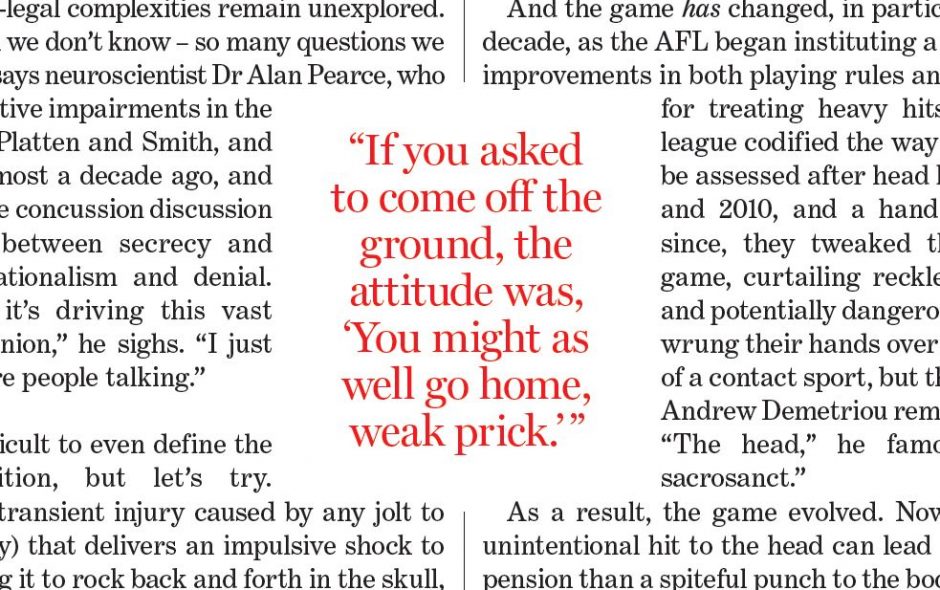 Former players are threatening to sue the AFL for memory loss and other cognitive issues they say stem from on-field concussion. But the science in this most emotive of areas is anything but clear.

Under lights in a drifting rain, a flaccid windsock flops about as 44 footballers slip, slide, trip and collide on an oval east of Adelaide. It’s a Friday night game in the South Australian National Football League (SANFL), and commercial lawyer Greg Griffin is among a crowd of a few thousand swilling Coopers Ale and scarfing Vili’s Pies.

He proudly wears his red and white North Adelaide scarf, and cheers with provocative volume as his team takes a lead against Norwood. Unfazed to be the lone Rooster barracker in the Redlegs grandstand, he roars good-naturedly about incompetent umpires and unskilful players and generally makes his presence known. That’s his shtick. He has been a wily player agent for decades, helped establish the SANFL Players Association, and until recently was the dial-a-quote chairman of A-League soccer team Adelaide United.

Now, though, Griffin is angling to become a thorn in the side of the Australian Football League, this time representing ex-players – including a premiership ruckman, a Brownlow Medal-winning rover, and the man who once plucked what is commonly called “The Mark of the Century” – who are dealing with crippling memory loss, frightening mood swings and despairing cognitive issues they attribute to repeated concussions suffered throughout their careers.

A lawsuit could be filed as soon as this winter, he says, which will allege that the AFL breached its duty of care by allowing players to routinely return to the field on the same day after suffering a serious hit, and almost always play again the week after such hits, leading to the devastating maladies they now endure.

Click here to read the full story from Good Weekend on March 16, 2019 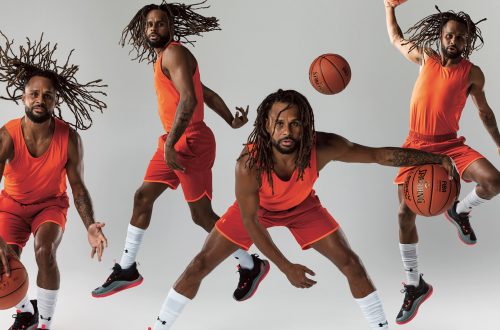 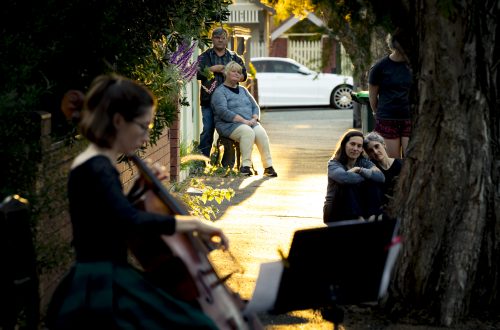