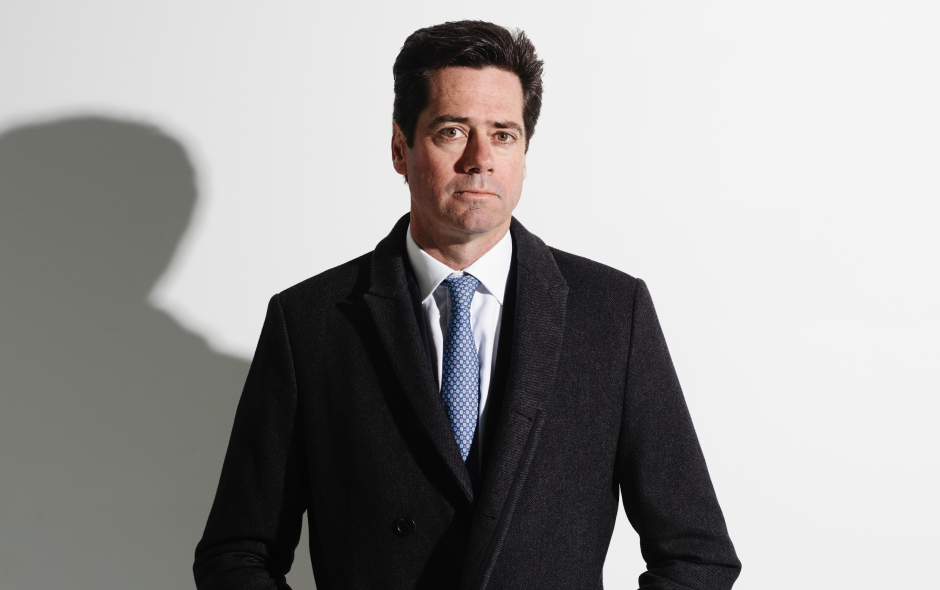 He runs the country’s biggest sporting code, and the growth stats are impressive – but for AFL chief Gillon McLachlan, the thorny soft-power issues are proving hard graft.

It’s 8pm but already pitch black and freezing on the farm. It’ll hit zero overnight, on this fertile land a couple of hours west of Melbourne, where I’ve come to meet Gillon McLachlan. I’ve followed his directions – Turn off the highway near Moriac, down the Cape Otway Road, right-straight-left, through the two brick posts – and now I’m creeping along a track between ghostly cypress windbreaks, past a big dog barking at stars, reaching the converted woolshed where McLachlan comes to escape the exciting, inspiring, exasperating and unrelenting role he has filled for the past five years, as chief executive of the Australian Football League.

He’s expecting me but maybe doesn’t hear my Hilux stop, or my footsteps circling his Birregurra bolt-hole, because I round a corner and have ample time to study him through a tall glass door. The 46-year-old is alone, all 197 centimetres of him splayed on a couch by an open fire. He’s poring over scattered sections of the Australian Financial Review, sipping from the neck of a Stella Artois, and the moment I knock – my wedding ring rapping too hard against double glazing – he jumps in his seat, holds his heart and swears.

He’s wearing faded Levi’s, a blue hoodie and a respectably muddy pair of Blundstones. The face of our national game, usually smoothed with foundation for television, is stubbly and animated. His eyes are wild hazel orbs, and when he laughs the three lines on his forehead become six.

I’ve been following McLachlan for almost a week now, observing him at the AFL’s Rising Star Awards yesterday, talking in his office the day before, and lurking at the presentation of the ceremonial All-Australian team a few nights ago at the Palais in St Kilda. As football royalty mingled in the theatre lobby, I could overhear him from a slight distance. “It’s been a really good year for footy,” he remarked to a commentator. “A great year.” Idle patter, but also truth.

Judging by the stats, the AFL is enjoying a brilliant run during McLachlan’s sixth season in the top job. Memberships are at an all-time high (1.06 million across the league this year), as is attendance at games (6.9 million by the close of the home-and-away season). The average crowd (35,108 per game) is now the fourth highest in the world, behind only America’s National Football League, Germany’s Bundesliga and the English Premier League. Locally, AFL crowds are more than double those of the NRL (14,981) – and more than triple those of soccer’s A-League (10,877). Ticket and food prices are low, while competition between the 18 AFL clubs is high. (It feels as though, on any given weekend, almost any team can win.)

Fans are also enjoying the sweet spot of a colossal broadcast rights deal that McLachlan negotiated in 2015 with the Seven Network, Foxtel and Telstra, worth a staggering $2.508 billion over six years. Oh, and the AFL Women’s league he launched in 2017 has sparked a grassroots revolution, with a peak of more than 530,000 women and girls participating this year.

And yet. Newer teams are failing to win over crowds, a heartland state like Tasmania still has no team at all, and that AFLW competition? It’s beset with issues. Not a day goes by when there isn’t a new AFL folly or furphy or failure for an army of pundits to lament with grave intonation: an imperfect score-review system; fans feeling “change fatigue” as their game is endlessly tweaked; mental health woes; concussion confusion; those bloody umpires. Most recently, it was a pair of films about Indigenous champion Adam Goodes being booed out of footy back in 2015, including the underwhelming equivocation of the AFL at the time – and, specifically, McLachlan.

All this brings into sharp focus the performance of the CEO, not so much on the staging of footy matches and the AFL’s bottom line – which on any objective measure, he’s nailing – but on the altogether more modern metrics around the soft-power component of his role. That is, his response to thorny cultural, societal and health issues, from racism and sexism to sexuality and more…

Click here for the full version in Good Weekend from September 21, 2019 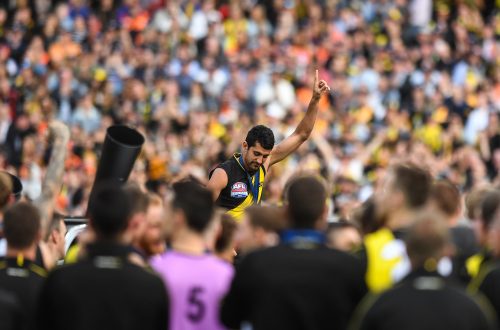 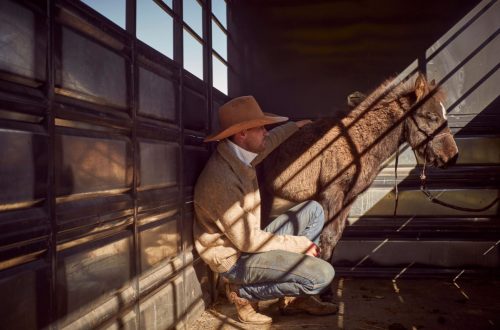 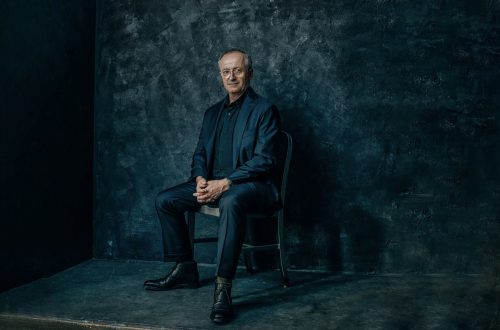